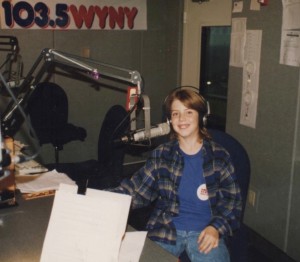 If your child is successful in the entertainment business you will need to be prepared for the attention of the media. In some ways this can be exciting. Your child will have interviews on radio and television and often be the subject of video and photo shoots. There may even be opportunities for your whole family to travel to fun and exotic places.

There is, however, a downside to this attention.  As you may have noticed, the media thrives on the negative aspects of the lives of celebrities. Very rarely do we see a positive act done by a celebrity featured in the news. This is especially true for children in the business. It’s like the media expects child stars to fail and delights when negative things happen.

And once your child has the attention of the media it never stops. Taran chose to leave the world of acting when his show ended in 1999. Yet even now, sixteen years later, anything negative that happens to him immediately shows up on TMZ. Oddly enough, the positive things are never noticed. As an example, Taran just spent six months in the Philippines helping the people of Tacloban recover from the world record typhoon that devastated their city in  November of 2013.  Who knew?

There are ways to deal with this and make your media experiences go well. You will need to prepare your child, and your whole family to be aware of the media scrutiny and be comfortable living in a fish bowl. Research each request to be sure it is legitimate. Focus on the major media and avoid the tabloid types. Ask to review the questions ahead of time and make every effort to keep the focus on the positive accomplishments of your child. And, most important, approach the whole experience with joy. The media attention can be fun if you are prepared.