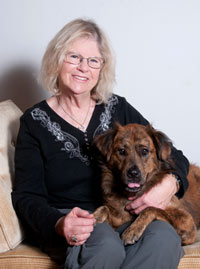 Candy has been a manager of two children in the entertainment business for a total of eighteen years. Her daughter, Aria Smith, was an international model and her son, Taran Smith, played “Mark,” the youngest son on the hit show Home Improvement, for the eight-year run of the show. In addition to managing her own child stars, Candy worked as a script supervisor on feature films and commercials for thirteen years and watched many children and their families attempting to cope with the ups and downs of the entertainment business. When Home Improvement ended, Candy saw a need for help for families of acting children and decided to use her knowledge to provide as much information as possible. She spent time traveling to acting schools answering the questions of students and parents. She also shared her experiences on several talk shows including The Donny and Marie Show, Jim Jay and Ann, Christina, and The Carol and Marilyn Show.

Now, several years later, Candy has written Stardom Happens with a goal to help all children who want to perform. She combines her knowledge of the entertainment business with her thirty-five years of elementary school teaching to help parents understand the unique needs of children in this business. And most important, she hopes to teach parents how to keep their children happy and protected while performing.

Candy grew up in West Los Angeles and moved to the San Francisco Bay Area in 1968. When she’s not writing, she loves being “Grami” to her two wonderful grandsons. She currently lives on a sailboat in San Rafael, California with her husband, David, and her dog Sprite. 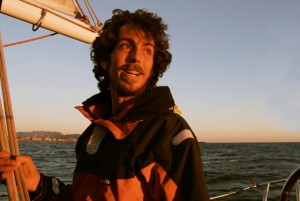 Taran Smith spent the first four years of his life living on a boat in Sausalito, California. Soon after his family moved to a house, Taran began acting in commercials in the San Francisco Bay Area. When an Enterprise Rental Car commercial provided him with a Union card, his parents found him an LA agent. Then, at the age of seven, he landed the role of “Mark” on the TV show Home Improvement. This eight-year run meant Taran was literally raised in the entertainment industry. His experiences give him a unique perspective on the life of a celebrity child which he is happy to share in Stardom Happens.

When Home Improvement ended, Taran started his own vegan food business and worked as an installation artist at festivals and museums. He now spends time sailing his boat and working in disaster relief, creating makerspaces to empower survivors and aid in the rebuilding process. 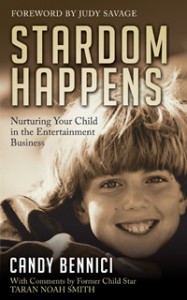 Great Book! This book is essential for anyone with a child who loves to perform. It's part How-To book and part funny memoir, and it's a fun and easy read. I like how it focuses on keeping your child safe and encouraging them to enjoy giving back and helping others. Well done. — Mr. D Pearson